News on the upcoming Mortal Kombat 9 game has been steadily coming in for a few months now, and we’ve brought our readers several articles on the 2011 reboot including reports of added characters and a trailer. We now have more news for you, regarding pre-order bonuses and special editions.

According to an article by Alexander Sliwinski over at joystiq.com, Warner Bros. Interactive Entertainment has recently announced that as well as the standard edition, there will also be Kollector’s and Tournament editions of the much-anticipated fighting game (slated for an April 2011 release). 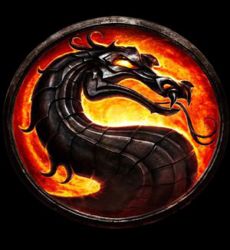 The Tournament Edition will include the game, DLC and a “portable fight stick.” North America will have a limited run of 20,000 copies of the Tournament Edition. The Kollector’s Edition includes a collectible art book, Scorpion and Sub-Zero figurines and Mortal Kombat Klassic costumes skins and avatar costumes DLC.

WB also announced a few of the pre-order bonuses that stores such as Best Buy, GameStop and Amazon are offering. For example, if you reserve the MK 2011 game from Amazon, you will receive the original Reptile Fatality and a Klassic Reptile playable character skin.

As recently reported by prnewswire.com, the Mortal Kombat 9 game will be introducing a number of brand new gameplay features, including nostalgic online/offline arcade battles, a deeper story mode and tag team.