We have yet more goodies to spill on the upcoming Mortal Kombat game for the Xbox 360 and PS3 now, as Warner Bros has confirmed the availability of another two new characters, one a series veteran, and the other a classic ninja that everyone loves to use.

Without further ado, we can confirm that both Liu Kang and Noob Saibot will be returning for Mortal Kombat, due out on April 18 in Europe, April 19th in the US.

To celebrate the arrival of both characters, NetherRealm Studios has released two videos, which demonstrate the variety of custom combos that both fighters will possess, and it gives you an idea of the types of moves and juggles that you can combine together.

We’re not sure which guys we are more excited about, as both Liu Kang and Noob Saibot will have new moves at their disposal, just check out some of the new shadow moves that Noob Saibot can do -pretty epic. As for Liu Kang, you can see that he has a few new tricks up his sleeve too, and the bicycle kick looks as good as it did in Mortal Kombat 2. 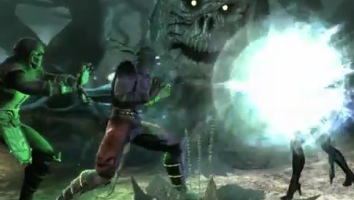 Check out the combos of both guys in the videos below and let us know your thoughts on them. Which fighter are you more excited about using, Noob Saibot or Liu Kang?