We have some good news for those of you planning to pick up Mortal Kombat next year, as we can confirm that two new fighters have just been added into the mix. Personally, I’m delighted since one of them is my favorite MK character!

As reported from VG247, the two new fighters are Cyrax and Kitana. If you played the old school Mortal Kombat 2 and 3, then you’ll be familiar with each character’s backgrounds.

Cyrax is the cyborg assassin similar to Sektor and Smoke, whilst Kitana is the sister of the evil Mileena – already confirmed in the game. Along with the reveal, Warner Bros. and NetherRealm Studios have also released 5 brand new screenshots, giving you a chance to see the new fighters in action.

We still don’t have a solid release date for the game, but we know it will be available early next year, on the Xbox 360 and PS3. Let us know your thoughts on the inclusion of Cyrax and Kitana. 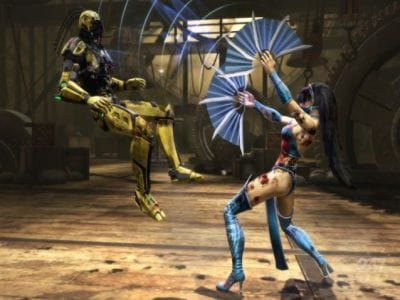