Following on from our earlier report which told you about exciting plans to add God of War’s Kratos to the growing character roster to the upcoming Mortal Kombat game, we now have a lengthy list of new, but rumored characters who will be joining them.

According to this report from RealmofGaming, several audio files were discovered on the official Mortal Kombat website, and these files contained intro voice overs and theme music for a collection of unannounced Mortal Kombat characters.

The files have since been removed, but not before RealmofGaming had a chance to get the juicy information for us. The characters that were listed on the official website include Ermac, Goro, Kabal, Noob Saibot, Quan Chi, Shang Tsung, Sindel, Smoke and Stryker.

Interestingly, there was also a listing for a human version of Sektor, the robot who has already been confirmed in the game. Aside from the character leaks, there were also audio files for ‘Test your Might’ and ‘Brutalities’ – which should please those of you who enjoyed them in Mortal Kombat Trilogy.

Don’t forget, this hasn’t been confirmed by NetherRealm Studios yet, so perhaps we shouldn’t get our hopes up too much. On a personal note, I would definitely be happy to see Kabal make a return, and I’m pretty surprised that Goro and Quan Chi may be returning for the new game. 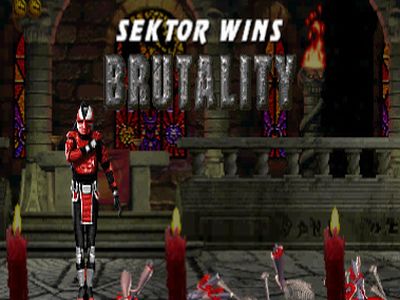 What are your thoughts on this? Are you happy with the potential new characters or have they still left out your favorite? We want your opinions on the mysterious ‘human’ Sektor as well. Exciting stuff! – stay tuned.