It’s time to look at some more Summer transfer news for FIFA fans, as those planning to pick up FIFA 16 to play as Manchester United could see Morgan Schneiderlin on their main team later this Autumn.

If we are to believe the latest Manchester United transfer news, Schneiderlin has already been confirmed to be joining the club in a deal worth £25 million pounds.

It’s not official yet though, but that hasn’t stopped future FIFA 16 Ultimate Team players from getting excited. In view of this, we’ve knocked up a few images showing what it would be like to see Morgan Schneiderlin in a Manchester United shirt.

Above are the latest transfer rumors from the UK newspapers, but below is a look at what Schniederlin could look like in the red shirt – note that EA already has his official likeness in the game which is great. 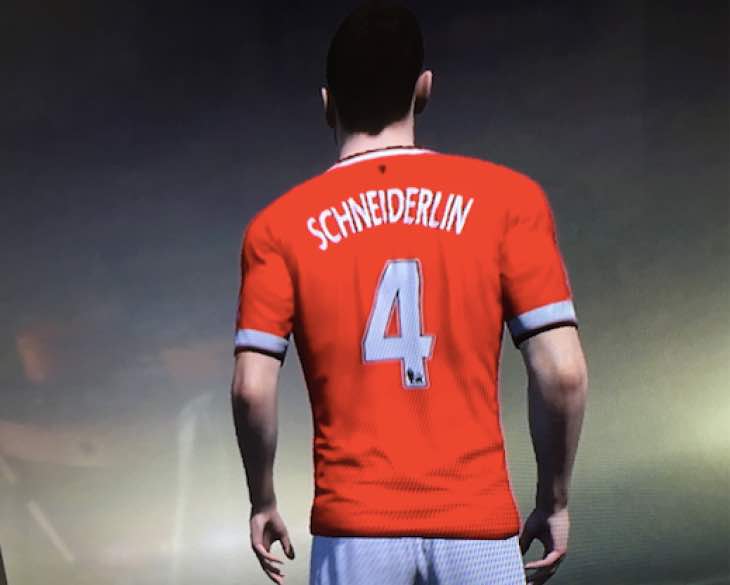 You can also take a look at how Schneiderlin looks from the back in a Manchester United shirt with his trademark number 4. As we wait for official confirmation, let us know if you play as Man Utd on FIFA and what your thoughts are on this transfer.

Did any of you get lucky enough to find Schneiderlin’s 85 rated TOTS community card on Ultimate Team recently?

Would you like to see Schneiderlin added to Utd’s first team on FIFA 16 – if so, who would he replace?