Rockstar has just revealed the first details on some more exclusive content that will be on the way to Red Dead Online players, that will arrive first on PS4 before being made available on Xbox.

As per Sony’s arrangement with Rockstar, next week an update will land and PS4 players will get first dibs on Open Target Races which is a variant of the Target Race mode and also the brand new Jawbone Knife.

The Knife will be exclusive to PS4 first and has been described by Rockstar as a unique melee weapon that has a handle carved from the remains of a slain animal’s jaw. 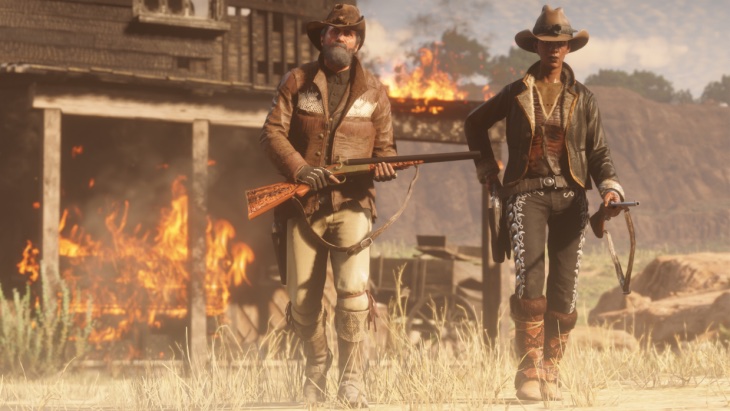 Rounding out the exclusive content will be brand new clothing to wear and also 3 Emotes to enjoy as well.

Xbox One players should expect to see this content arrive 30 days later, but no set dates have been mentioned for when the content will arrive on Microsoft’s console.

PS4 players can look forward to the exclusive items on February 26 as part of the first title update for Red Dead Online.