If you had no luck getting hold of the HP TouchPad after the firesale announcement was made, we have some good news for some of you, apparently “one last run” of TouchPad’s is being produced to fulfil demand – this means that the lucky ones amongst you should soon be able to get your hands on the 16GB model for $99 or the 32GB model for $149.

This news was confirmed by the following quote which we found over at ComputerWorld:

“Despite announcing an end to manufacturing webOS hardware, we have decided to produce one last run of TouchPads to meet unfulfilled demand,” Mark Budgell, an HP spokesman, wrote in a blog post. The site appears to be overloaded and is currently unavailable, but the post has been reposted elsewhere online.

The newly manufactured tablets will go on sale in a few weeks. He said a “limited” number would be made but couldn’t say exactly how many. “We can’t promise we’ll have enough for everyone,” 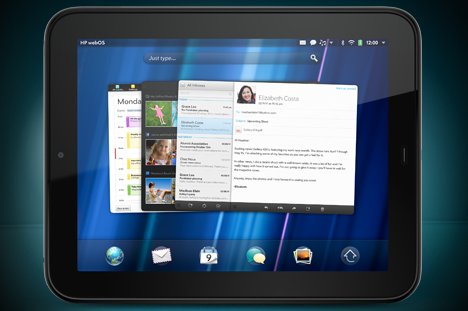 Currently there are lots of HP TouchPad’s being sold on sites like eBay to make a quick profit, in fact people are easily doubling their money, therefore we are sure that the new stock will not last long – which begs the question “Why don’t HP just sell them at a more expensive price?” – We guess that there are legal issues which stop this from being a possibility.

Apparently this final batch of TouchPad’s will be manufactured during HP’s fourth fiscal quarter – this ends on October 31st, however we have no idea when stock will be shipped. This recent Register article suggests that the last batch of tablets will be exclusive to the United States, which will undoubtedly frustrated our readers from other parts of the world.

We find it strange that HP is producing more tablets which run a discontinued operating system, surely they should cut their losses and concentrate on other products? Perhaps they have parts to use up or are having regrets about their decision – what do you think? Also yesterday we revealed that HP will be rolling out an over-the-air update for the TouchPad, we wonder why they are so keen to support a discontinued product.