There is another major Monster Hunter World update on the way and you’ll be pleased to hear that Capcom has given players a heads-up on some of the changes that will be coming your way.

We can confirm that the next Monster Hunter World update will be 2.00 on PS4 and this is going to be the first major title update for the game which is free to all players and brings Deviljho into the game among other things.

The update has been dated for March 22 and here are the key weapon fixes that have been revealed by Capcom early for you to read through: 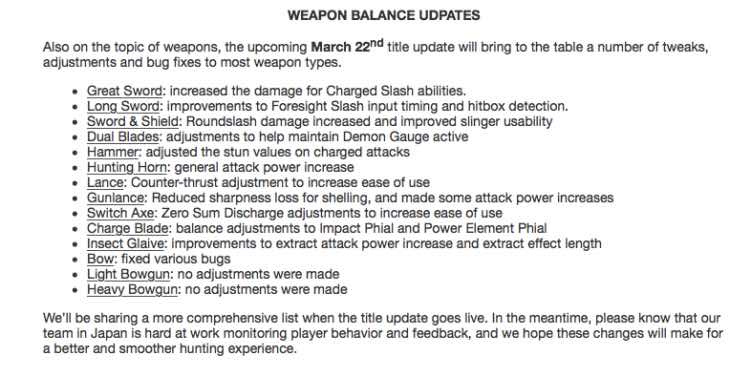 A Spring Blossom event is also on the way in April and Capcom has given details about it here, as well as a heads-up that full patch notes will be revealed closer to the update.

At least now you have an early preview of the 2.00 patch for weapon tweaks so let us know what you think below.