PS Vita owners should be really happy at the moment with Cross Buy and Remote Play features starting to make the system much more appealing. Across the shore, Nintendo 3DS owners are patiently waiting for their crown jewel Monster Hunter 4 to arrive and we have some great new images for you to take a look at.

It’s no secret that some are still skeptical on what the 3DS can produce graphically. We saw with the re-release of Ocarina of Time that the handheld could handle N64 quality graphics and now Monster Hunter 4 is looking like the next game to showcase the device’s potential to handle quality on par with previous home consoles.

The 3DS may not be able to match the Vita in an direct graphics duel, an argument in itself, but there’s no denying that Monster Hunter 4 is looking highly impressive for a handheld game. Monster Hunter 3 was a good looking game in its own right, but the next game is going to rock graphics that you were probably used to seeing on a PS2. 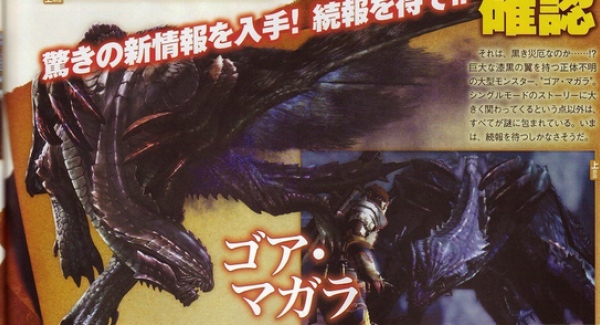 A barrage of screenshots via AGB have shown up courtesy of the latest issue of Japanese publication Famitsu and the graphics on show are nothing short of mouthwatering. The shots available are in 2D of course, but imagine how good these are going to look on the 3DS when playing in 3D.

There has been plenty of endless debates on which handheld is better between the Vita and 3DS, but most Vita owners will probably admit that they are still hugely disappointed in Capcom’s decision to ignore the Vita. Has Capcom and Sony had a falling out behind closed doors? – As it still seems odd to us that Capcom would opt against bringing Monster Hunter to the Vita, when it was Monster Hunter on the PSP that put the whole franchise in the limelight.

As a 3DS owner, is Monster Hunter 4 the one game that you are really looking forward to above anything else? For Vita owners – how do you feel knowing that this game is exclusive to 3DS?