For those of you that love board games and technology you’re going to love this news. Coming later this year is another remake of the classic Monopoly called Monopoly Live.

The news of this new look Monopoly comes from an article in The New York Times. They explain that the feature that makes this different from other versions is in the center of the board is a 10” IR camera towering over everything. The camera uses infra-red light to determine where each playing piece is on the board. It counts the money, makes sure your piece lands where it should and even rolls the dice. Read more about Monopoly Live in the full article here. 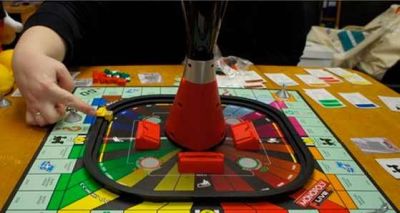 For some of you, this change and past changes do not impress you. Engadget seem to be amongst those, saying it has ‘sucked the fun’ out of the family favorite. See what else Engadget had to say here.

Do you agree with Engadget? What do you think of the new addition to Monopoly?