That is down to the fact of course that Modern Warfare Remastered is on the way to those that get a special edition of Infinite Warfare. Last-gen owners will now be happy as they will have Modern Warfare Trilogy to play, a $30 package that combines Modern Warfare, MW2 and MW3 into a single game.

As a further bonus, the Modern Warfare Trilogy box art reveals that the MW2 Stimulus Package DLC pack will be thrown in at no extra cost as well. 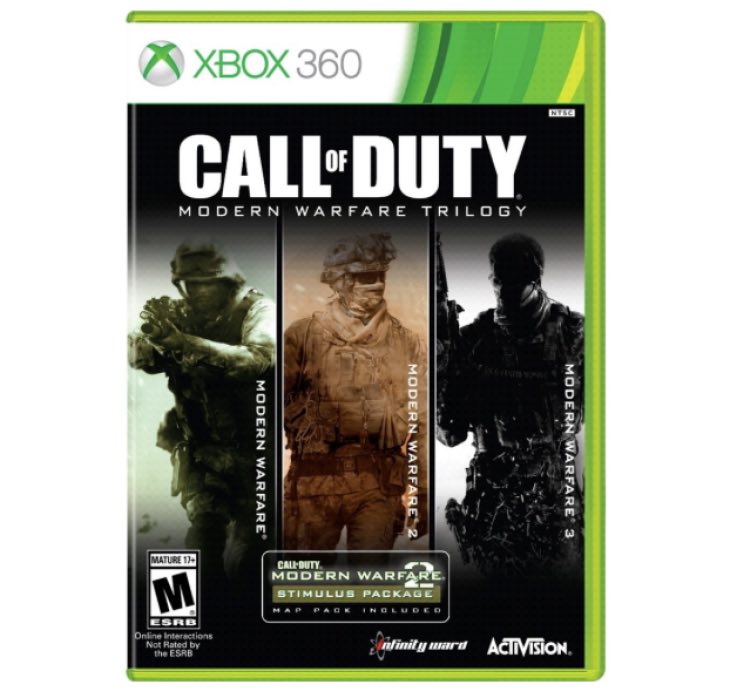 The release date is set for May 17 and we can see that Best Buy are already taking pre-orders for this game. Will you be buying it though? The price is a reasonable one we feel for the amount of content and there is still undoubtedly a large pool of users who still refuse to upgrade to next-gen.

At the time of writing, the Modern Warfare Trilogy pre-order is not live at GAME or Amazon UK. We are expecting it at any moment though so stay tuned.