We know that a lot of Modern Warfare Remastered players are patiently waiting for the new maps that were promised for the game prior to release.

While Raven is still not ready to give an official date on this, we have a word of warning that there is a troll on the loose via Twitter, attempting to trick users into believing that the maps are releasing this weekend.

Take a look at the screenshot below from the perpetrator, who is trying to fool others into thinking he is MWR developer Amos Hodge. 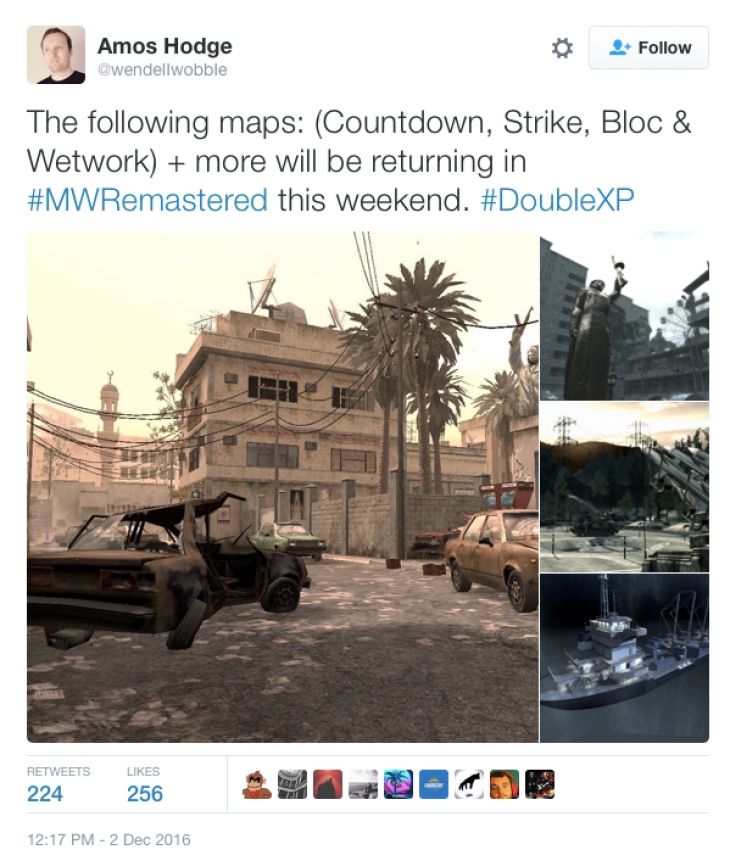 We must admit it is quite hard to spot at first glance that this is a fake account, particularly as everything other than the follower count is the same and also made difficult by the fact that Amos Hodge doesn’t have a verified Twitter account yet.

We’re willing to bet that many of you were under the impression that the new maps were coming today, so it’s sad to see you fooled like this.

The real Amos Hodge account should be saved here and there’s over 20,000 followers. There also hasn’t been a Double XP weekend for MWR announced yet, so anything spread on Twitter today isn’t official unless it’s come from the real source.

What are your thoughts on this – were you tricked into thinking the maps are coming today?