Modern Warfare Remastered doesn’t release officially until November 4, but we can see that so many of you have already got your copies early with Infinite Warfare also being released early in many regions.

As a result, we have discovered that some players have managed to play and access Modern Warfare Remastered muliptlayer early.

As we told you here in our updates thread, version 1.02 was deployed recently and it allowed players to briefly play offline with bots locally. This was then changed with 1.03 which locked players out again but introduced the online lobbies to the game – obviously getting ready for the full launch. 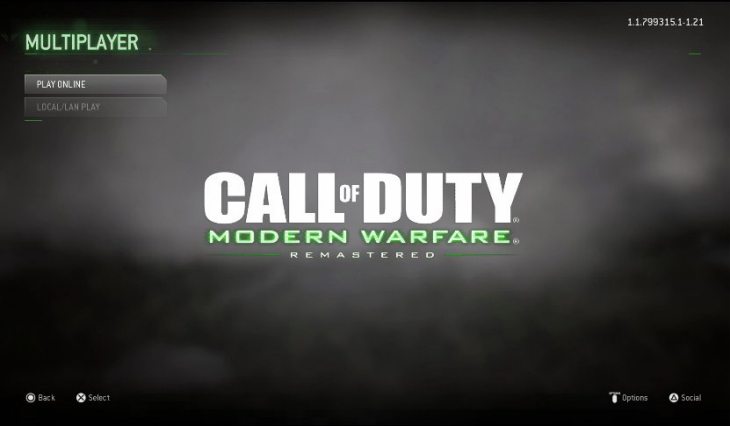 However, many players on social media have confirmed that there is a method on how to play Modern Warfare Remastered multiplayer early and it involves setting up a private match and then having those playing invite others in.

People managed to find a way to bypass Modern Warfare Remastered Multiplayer lock!
Sitting in a online private match lobby as we speak 😛

One user has confirmed this above, while many others are getting into lobbies early as well. Let us know if you have the game early and have been able to get into MP before the official launch.