We know many of you are still very excited about the recent confirmation of Modern Warfare Remastered, coming this November as part of the Call of Duty Infinite Warfare Legacy Edition.

Now we give you a little insight into why Raven Software are only bringing 10 multiplayer maps back from the original, rather than all 20.

It looks like the Modern Warfare Remastered graphics difference compared to the 2007 original game is substantial and we have some preview screenshots here to show you what we mean.

Reddit users have supplied the goods, just take a look at one of the iconic memories from the original showing the helicopter shot in 2007 compared side by side with the 2016 remake.

Next take a look at the graphics quality in textures in terms of environment on a single building – the difference you’ll agree is pretty stunning. 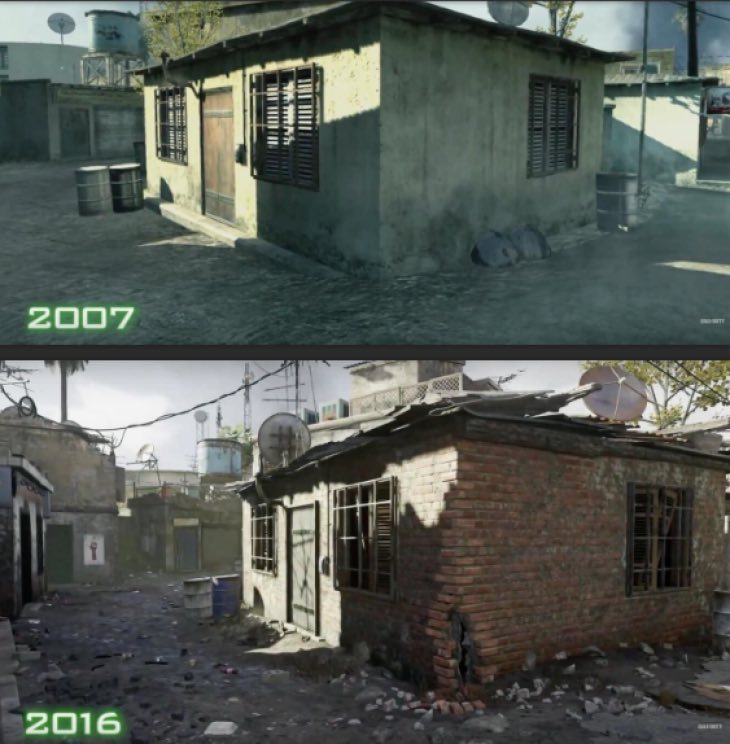 This could be why Modern Warfare Remastered multiplayer will only have 10 maps – the developers are doing a proper job on them and if the likes of Crash, Backlot and Crossfire all look as good as this we think you’re in for a treat.

Enjoy some more images over at Imgur here and let us know what you think of the graphics difference. Impressed or not?