We’ve set up this page to keep you updated about any new Call of Duty Modern Warfare Remastered updates on PS4 and Xbox One that arrive and to give you a heads-up on patch notes as soon as Raven Software make them publicly available – unfortunately it seems that this doesn’t always happen.

Current version history for Modern Warfare Remastered: We are now on version 1.11 after Raven introduced version 1.11 in May 2017 with three new weapons for players to enjoy. 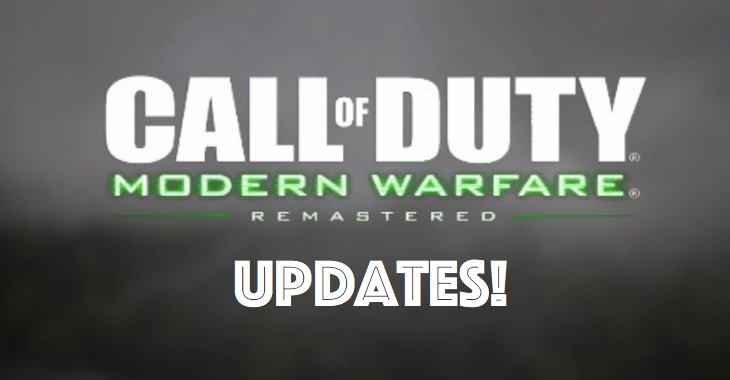 With that said, the next major update for Modern Warfare Remastered should be 1.12 and it will be interesting to see how long it takes for Raven to roll it out, and what they plan to do with the next MWR update to keep things fresh for players.

For those that are still playing, let us know what you think the biggest Modern Warfare Remastered problems are on PS4 and Xbox One and what you need to see fixed first.

Keep checking back on this page and we’ll do our best to keep you updated when new patch notes are released – as soon as the MWR 1.12 patch notes on PS4 and Xbox One are live, we will add them below!

To help us, leave a comment whenever you see a new update land on your console.