How nice is it to know that Modern Warfare 3: Spec Ops will be a vast improvement over previous games in the franchise — which were starting to feel a little lack-lustier. Those who attended E3 and played the game said that it ignites interest not frustration. Early signs show that the game is relentless and will not stop until you have had enough.

Gamers have been getting exited over the new Call of Duty game even before those trailers hit the Internet. However, it seems as though the game is even more exciting than the shock and awe that we watched in those trailers. Ryan Clements from IGN seems to have nothing but praise for Spec Ops — we just hope that he does not get let down.

The idea behind this part of the game is a little like Zombies, as you and a friend have to try and survive as long as possible; things are not made easy due to the constant pounding that you are taking from enemy forces. The longer you survive the more armories you get to unlock, giving you access to a number of new weapons and ammunition. 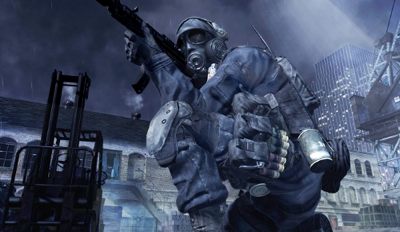 However, unlike Zombies you and your partner will have a little time out to build your ammo up ready for the next wave of attacks. Specs Ops sounds as though it will become a little gem in a huge game, the question is will you get bored with it?