We have some surprising news to bring you now, as Activision has confirmed that there will also be a Wii version of Modern Warfare 3 releasing alongside the Xbox 360, PS3 and PC versions of the game. Just like the Wii version of Black Ops though, are you worried that the graphics are going to be poor?

Gamers should definitely be optimistic about the upcoming Wii version of MW3, as it could be Infinity Ward’s first crack at developing for the Wii as far as we know, since the last two games, Black Ops and Call of Duty Reflex (Modern Warfare) were developed by Treyarch.

Having said that, the old saying of ‘software is only as good as its hardware’ could once again apply here for Modern Warfare 3 on the Wii, as its fairly evident that the Wii version is not going to look as polished as the Xbox 360, PS3 and PC versions, especially since they will all run at 60fps.

Should gamers have the mentality that Modern Warfare 3 is going to feature poor graphics on the Wii, or should gamers embrace the fact that they will be able to join in on the fun with everyone else. From our point of view, gameplay is always key so we think it’s a fantastic piece of news that Wii owners are also getting a copy of Modern Warfare 3. It may even be stripped down of some gameplay aspects to condense it into a package playable on the Wii hardware, but we doubt gamers won’t mind too much about this – Treyarch did do a great job with the Wii version of Black Ops after all. 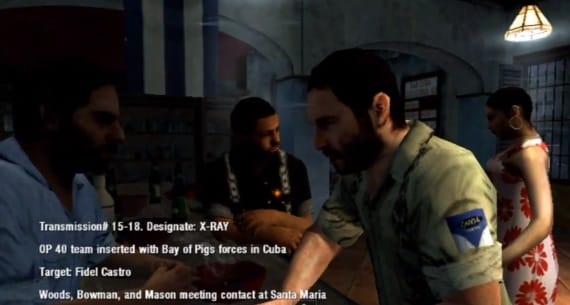 [screenshot of Black Ops on the Wii]

We may be jumping the gun a little bit, as Infinity Ward hasn’t even been confirmed as the developer for MW3 on the Wii yet. Will Treyarch take over with a port once again, or would you like to see IW handle duties this time? Should Wii owners be worried about paying $50 for a game which will feature below-par graphics compared to the other versions of the game?