News of the Modern Warfare 3 multiplayer maps and weapons list have found their way onto the new MW3 blog, and one thing we can already tell, the developers are determined to mix things up a little. Now that an unofficial release date has been set, you can now expect a deluge of details to start coming out, such as the recent teaser trailers.

From what we can see there is expected to be 20 multiplayer maps, but we are not certain if all will be available from the start. Our best guess is that some of them will be part of a DLC further down the line. The developers are said to be offering a number of Special Ops Modes, all of which are based on your survival techniques.

Some of the maps are as follows, Alpha, Booteleg, Brooklyn, Lambeth, Paris, Underground and many more. There is expected to be 12 Special Ops Modes, two of which are Radar and No Fly Zone. 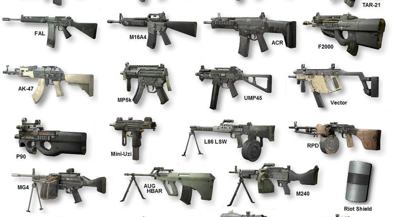 As for the weapons, the list seems to be extensive. There seems to be 17 weapons so far and four attachments. Expect things like Scorpion, MP412, Walther P99, M320 Grenade Launcher, Holographic Sight and so much more. For a complete list of maps and weapons for Modern Warfare 3 then take a visit to the MW3 blog.

What weapons and maps are you looking forward to the most?