We knew that some users had already have copies of Modern Warfare 3 after reports that copies had found their way onto Ebay, but we definitely didn’t expect this. US retailer K-Mart has apparently jumped the gun in a big way and has started selling copies of MW3 already, one week before the intended release date.

Originally, we were planning to put this as a rumor, as we definitely were not sure, but then when we went this blog entry which tells the story of one K-Mart purchase in particular, then it does give the impression that the retailer had started to offer copies early.

We can only put it down to a staff error as employees may have misunderstood that the game wasn’t suppose to go on sale until November 8 – Try telling that to Activision though, as there’s no doubt that they’ll be furious that the game has already gone on sale.

Take a look at the pictures below for evidence of the K-Mart leak, courtesy of HafaDaze. The first picture shows multiple copies of the PS3 version of the game already on shelves, giving us the impression like the game has been out for weeks. 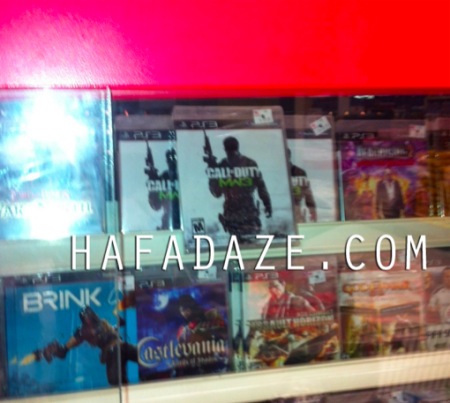 Next, we see a close up picture of the completed purchase, along with a price tag of $59.99 at K-Mart. Obviously we’re guessing that the store in question is no longer selling these copies after a spitroasting from Activision, but it may be worth heading down to your nearest K-Mart if you feel lucky. Who knows, they may not have access to the internet there if they put the copies on shelves in the first place! 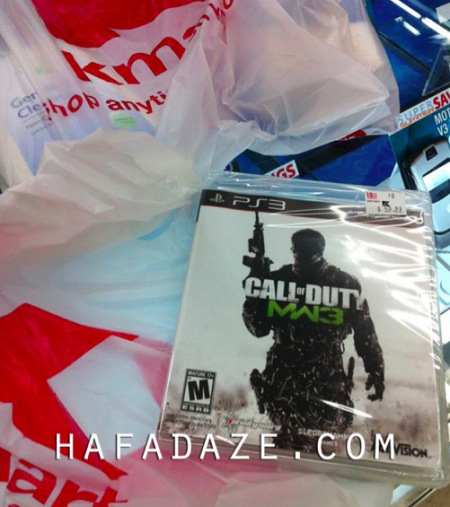 Have any of you already received a copy of Modern Warfare 3 early? If so, how did you manage to get it and where from? Bear in mind that any early copies will be restricted from playing multiplayer though, since Infinity Ward will only turn on the servers on launch day. That still leaves lucky gamers to play the single-player campaign mode and survival mode as well though, which we’re guessing that’s what the chap who kindly posted these pictures for us to see is doing.

Feeling slightly jealous that he has MW3 and you don’t? We say well done to you sir, and that we wish our nearest retailer were as generous as K-Mart.