If you own a PlayStation 3 and enjoy playing first-person shooters, then you may have already downloaded the recently-released Modern Combat: Domination game. We’ve taken a brief look at a few of the recent reviews, which all appear to describe the game as good value for money.

Brett Todd over at uk.gamespot.com pointed out that while the Modern Combat: Domination game is great value for money and features a good range of game modes, the long load times can make a few of the game modes tough to face and the offline mode isn’t very challenging.

Another interesting point that Brett makes is the fact that Modern Combat: Domination does have similarities to the likes of the Modern Warfare and SOCOM: U.S. Navy SEALs Confrontation games. However, this game does have optional support for the PlayStation Move controller. 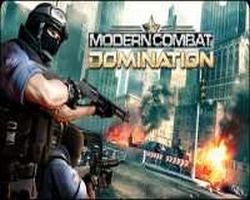 The overall score given by Brett for Modern Combat: Domination was 7.0/10. The next review comes from Richard Subia over at justpushstart.com. Richard, who gave the game a 4/5 rating, described the gameplay as solid and said the graphics and sound were of good quality.

However, the one downside according to Richard is the spawning. Although the maps are a fair size, there is still the possibility that you can get spawned right where the enemy is hiding. The final review comes from Roger Hargreaves over on the metro.co.uk website.

Although Roger admitted that the Modern Combat: Domination game is good value for money and features good graphics, he does go on to say that there isn’t anything within the game that’s approaching a new idea. The overall score he gave the game was a 6 out of 10.