Mobile World Congress 2011 is now in full swing and for those of you who have missed out on what is new, then all you really need to know is that the iPad has something to worry about now. For too long Apple had its own way, but now the alternatives for the king of the tablets are relentless. Windows 7 based tablet devices have been a little thin on the ground, but that is the complete opposite for Android based systems.

We have now lost count, but we can tell you that the Android OS market gain is going to increase at a much quicker rate than it did in 2010. The worrying thing is, there is nothing to stop it. OK, so we know that the iPad will still sell by the bucket load, but these will slow down in anticipation to the upcoming iPad 2, which should be announced soon — we hope.

However, we have to remember that Apple just has the one device; RIM will also only have one. Microsoft will have a few, but it is Google and their Android based tablet devices that will have the market all sewn up by the end of the year. As you would imagine there is a choice of different Android tablets from all different companies, these range from low, mid and high-end. 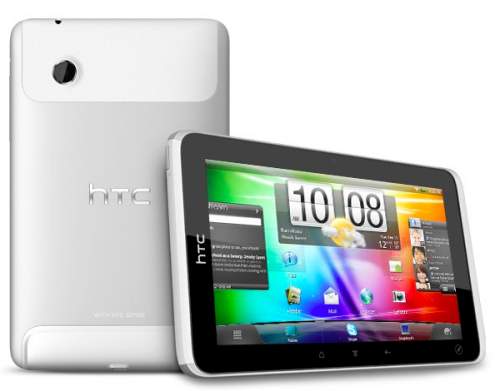 Some you might already know are the Motorola Xoom, which has been confusing us on the price. Then there is the recently announced HTC Flyer, the Samsung Galaxy Tab 10.1, and the LG Optimus Pad, which looks set to have a higher price than the Xoom.

What we do find funny is that it will take a huge number of these tablets to compete with the iPad, and we just do not know how things will be one Apple release their 2nd-geneartion version. We will just have to watch this space.

Do you think that the iPad 2 will be able to stand out against the influx of Google Android OS tablets in 2011?