Wireless charging is a feature waiting to be widely introduced in to the mobile market, with all of the new future smartphones and tablets being rumored to come with the technology. A4WP is responsible for some of the wireless charging pads and their potential looks amazing.

We have seen countless rumors of the new iPhone having wireless charging functionality but critics don’t think it is quite ready or widespread enough yet. Based on the products that A4WP has developed, it is clear that wireless power is getting stronger and is ready to be fully integrated into mass mobile technology sooner rather than later.

Slashgear reports that A4WP, PMA and WPC who are the 3 main wireless charging standards groups, have signed a deal to make their technologies easier to access for manufacturers. Previously if a company like Apple wanted to use this wireless charging technology they would have to get approval from 2 companies, but this has been simplified down to one now. 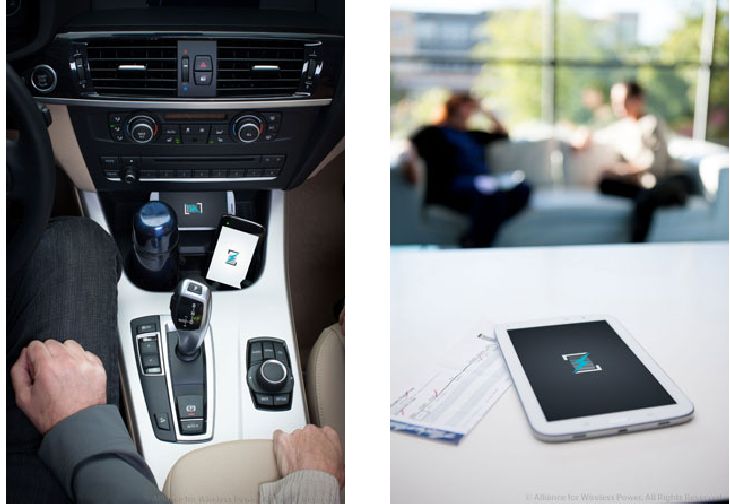 Alliance for Wireless Power and Power Matters Alliance have taken their standards and put them side by side, both brands can be incorporated in to devices. The decision was made unanimously from the boards of both groups, which include board members from other technology firms including Samsung. Wireless Power Consortium on the other hand uses Qi standard charging and remains separate from the other 2 groups.

If you want an idea of the capabilities that these wireless charging pads can offer, check out the video below. The amazing technology can charge multiple devices at once, smartphones or tablets and they can be different brands too. You can take the charging mat with you or even have a wireless charging zone embedded into desktop surfaces, there is so much great potential here. Eventually we expect it will be in the car too.

Based on the progress you have seen wireless charging take recently, can you envisage any of the big mobile companies like Samsung or Apple taking the first step with the technology? It is a feature that is in demand and we know the opportunity is there to be taken, it is a case of who wants to step up first and make the wireless standard a permanent feature.