It may have taken quite a bit of evaluation time, but it appears that the US Food and Drug Administration (FDA) have finally approved the Mobile MIM radiology app for iOS devices. However, as the FDA noted, the app is not intended to replace full radiology workstations.

According to a recent slashgear.com article by Chris Burns, the Mobile MIM app — which last surfaced back in 2008 when it won Apple’s Design Award for being the Best iPhone Healthcare and Fitness Application — is compatible with the iPhone, iPad and presumably the iPod Touch.

The app allows users to view and diagnose images — which according to Angela Smith at gather.com includes MRIs, PET scans and CT scans – that they’d normally see printed on a film and hung up on a light wall, but on the screen of their iOS devices instead. 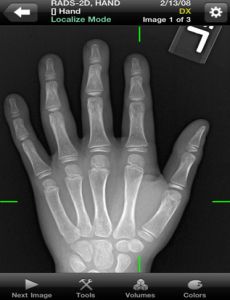 After reviewing the Mobile MIM app’s quality by measuring the luminance, noise and resolution (according to international standards and guidelines), the Food and Drug Administration agreed that it is good enough to use to make medical diagnoses. 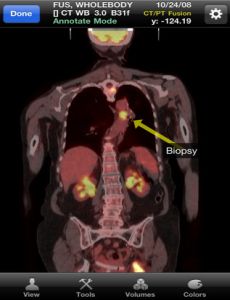 However, Angela believes that the Mobile MIM app — which will enable doctors to check out their patients’ test results without being somewhere where there is a radiology workstation — is bound to cause controversy. Do you think this app is a good idea?

You can read a bit more about the app via the itunes.apple.com website.