If you own a PlayStation 3 or Xbox 360 console and enjoy playing baseball-related video games, then I think we may just have some exciting news for you. The ESRB has recently listed a brand new title for both consoles, which has been given the name MLB Bobblehead Pros.

According to a recent article by Joe Anderson over at vg247.com, the upcoming game — which is currently in development with 2K Sports — is presumed to be coming out on the PlayStation Network and Xbox Live Arcade, although we haven’t got a release window as of yet. 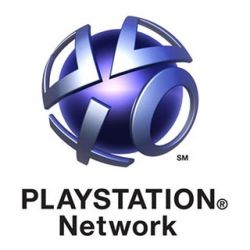 The ESRB has described the MLB Bobblehead Pros title as a baseball simulation game, in which gamers have to compete in the sport using bobblehead versions of real-life Major League Baseball players. According to the ESRB, gamers can customize their teams and play through entire seasons.

As Sebastian Moss at playstationlifestyle.net recently noted, this isn’t the first time that 2K Sports has worked on a baseball-related game that incorporates the popularity of the bobblehead dolls. Their previously-released titles include MLB Stickball for the Xbox 360 and MLB Power Pros for the Wii.

Have you ever played any of the bobblehead games? If so, would the MLB Bobblehead Pros game be of interest to you?