It looks like March is going to be a pretty good month for those of you who enjoy playing baseball-related video games. Not only have fans got the arrival of the MLB 2K11 game to look forward to, but it appears that MLB 11: The Show will be released the same month.

Those who attended the recent CES 2011 event would have been able to see MLB 11: The Show in action, as Sony was on hand to give them a sneak peek at the upcoming game. There is a video available on the operationsports.com website, which reportedly shows rain during play. 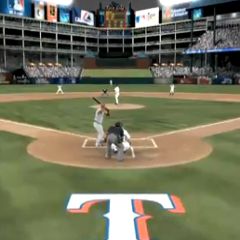 A few details have now been revealed about the MLB 11: The Show game, including the fact that it will be arriving on the PlayStation 3, PS2 and PSP on March 8th. According to John Gaudiosi over at gamerlive.tv, we now know that the cover will feature Minnesota Twins catcher Joe Mauer.

We also know that MLB 11: The Show’s “Road to the Show” career mode has received some improvements, and that the game will introduce analog controls to the sport. It will also feature a new online and offline co-op mode, which Sony claims will be both glitch and lag free.

You can read more about the MLB 11: The Show title via the gamerlive.tv website here. Which baseball-related game will you be buying in March, MLB 2K11 or MLB 11: The Show?