We have some great news for non-Kombat Pack owners of Mortal Kombat X. We can confirm that Tanya is now playable for free, as part of the new MKX Tanya Deceitful Edenian Premier Tower that has just gone live in the game.

Those of you who haven’t had the chance to look at Tanya, can now do so for 6 days as you can play as the warrior against six opponents.

Waiting for you at the top should be Quan Chi and the task isn’t too hard to complete even if you are only just picking up Tanya’s moves for the first time. 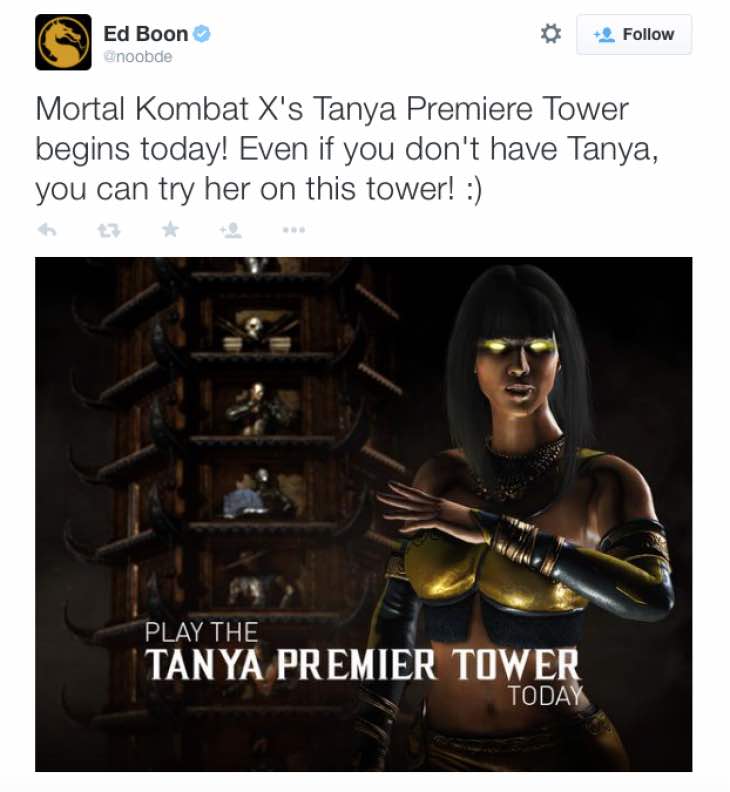 This event follows on from a similar event for Jason, so it’s great to see the developers offering a route into DLC characters even if you didn’t pay the extra money.

Now the premier tower for Predator in MKX is going to something really special to look forward to. In the meantime though, you can play with Tanya to your heart’s content.

Let us know if there’s any of you who are now thinking of buying the Kombat Pack, specifically thanks to this free trial via the Living Towers.