As we have just told you moments ago, there’s a new MKX update on PS4 and Xbox One to install – adding a new batch of character tweaks which NetherRealm believes will benefit the overall balance of the game.

Reaction to the patch has been divided though, as contained on the MKX 1.07 patch notes is number of changes to Tanya’s moveset – changes which fans are unlikely going to be too happy about.

Firstly, take a look at the official character changes as they appear on the notes – Tanya has had the most changes (six) in this update compared to any other character. 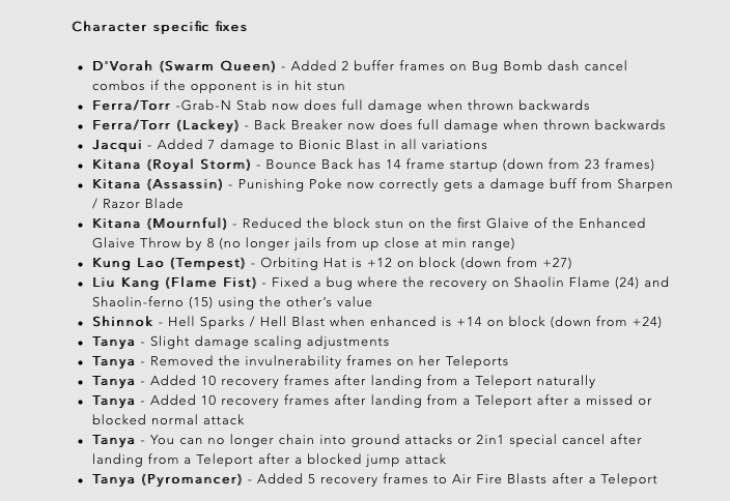 As you can see, they include massive changes to the way her teleport works in the game, with NetherRealm removing invulnerability frames and adding in as many as 10 recovery frames after landing from a teleport.

You’ll now no longer be able to instantly perform air fire blasts after a teleport too, as NetherRealm has added another 5 recovery frames in this instance.

Now take a look at what MKX gamers are saying about the MKX Tanya ‘nerf’ after finding out her mechanics have been changed – no more chains into ground attacks or 2in1 special cancels are definitely going to hurt some Tanya players out there. 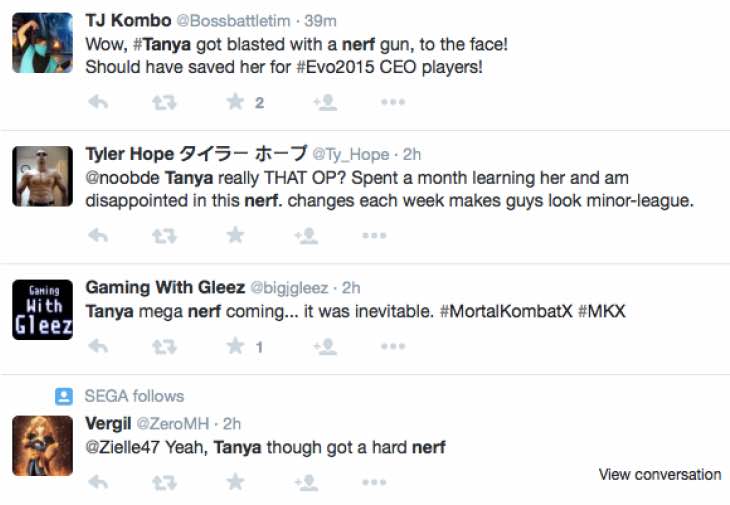 Are you disappointed about this, given the fact she’s a premium character and has only just been launched? Many players have spent weeks trying to perfect her moves, but now they are going to have to re-adjust after the changes.

Let us know your thoughts on this and whether you think the nerf was needed, or if you think it’s unfair.