With the launch of the latest MKX patch on PS4 and Xbox One, we can see that NetherRealm has included the first details on the upcoming MKX Klassic Skin Pack 2, which will include new old school skins for Kung Lao, Quan Chi and Jax.

They should be arriving when Tremor arrives, as NetherRealm also added online compatibility for this Kombat Pack character – along with official bio art.

The Klassic Pack 2 will be free for those that have the Kombat Pack with Tremor, but for non-Kombat Pack owners we are expecting the MKX Klassic Pack 2 price to be $4 for the three skins – the same price in which the first pack was priced, offering Liu Kang, Sonya and Kano Klassic skins.

As for the MKX MK1 fatality pack, this should be arriving with the Predator release on July 7. It will include four classic fatalities for Sub-Zero, Sonya Blade, Johnny Cage and Scorpion. 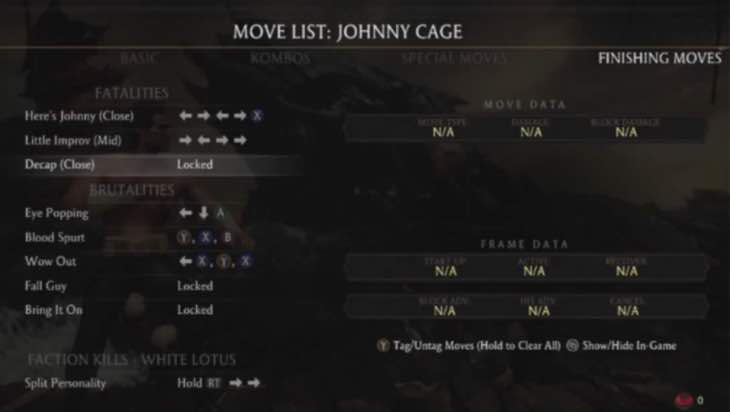 NetherRealm hasn’t revealed a price for the content as far as we’re aware and more importantly – whether the fatality packs are going to be included for free with the Kombat Pack or a separate purchase for all users.

We know for a fact that many of you are waiting patiently to do Scorpion’s Toasty fatality, but what price would you be willing to pay?

Perhaps $5 would be a reasonable price for all four, but anything over $10 may raise some fears that Warner Bros are going overboard with their DLC for the game.

Give us your thoughts on the upcoming pack releases. Do you have the Kombat Pack to get the Skins free, or will you buy them separately – also, how much will you pay for the fatalities?

Update: Great news, we have just had confirmation from Ed Boon that the first Klassic Fatality pack is free! – for all MKX players!