We have some good news for those playing Mortal Kombat X on PS4. We can confirm that minutes ago, the MKX 1.06 PS4 update is now live on June 23 and available to download.

As a result, we can now bring you the MKX 1.06 patch notes in full since NetherRealm only gave a general overview on the in-game notes as they appear on PS4.

We initially wrote about the 1.06 update back in May when we pondered whether NR would be giving players a Klassic Ermac Skin since big patches usually come with a free DLC skin.

Unfortunately though, it doesn’t look like this is the case, as 1.06 is entirely focused on improving gameplay elements and getting ready for the Predator DLC release – so expect a free skin with that update. 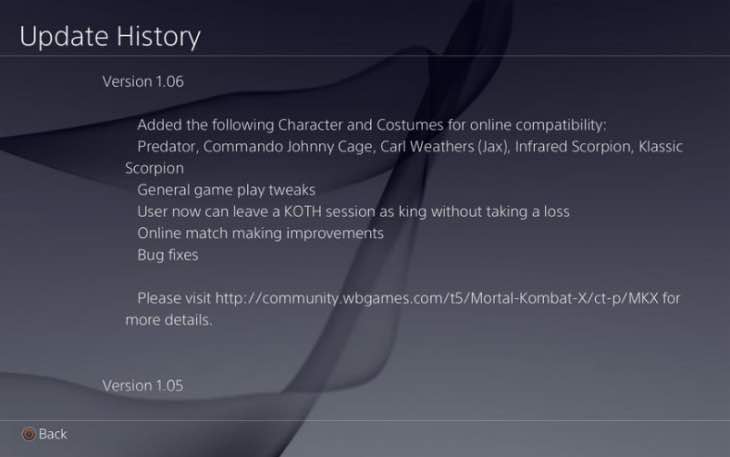 Above is the notes as they appear on console, but you’ll want to head to this link for the full Mortal Kombat X 1.06 patch notes as there’s a lot more to read through.

Take a look and let us know what else is new in Mortal Kombat X after the patch. No word on the Xbox One update yet, but we’ll keep you posted.

Secret brutalities are also unlocked with this update – more on that later.