It’s time to look at another potential FIFA 17 player rating now and it’s a big one with Henrik Mkhitaryan. The Dortmund winger had been rumored to be joining Manchester United, but now MUFC appears to have confirmed the transfer by accidentally selling shirts with his name on via the official shop.

The club have now realised their error and you can no longer do this, but not before screenshots were taken showing the mistake and paraded all over social media for the world to see.

Mkhitaryan has had an amazing season at Dortmund and we have a feeling that EA may give him one of the biggest FIFA 16-17 upgrades that we’ll see once FIFA 17 launches. 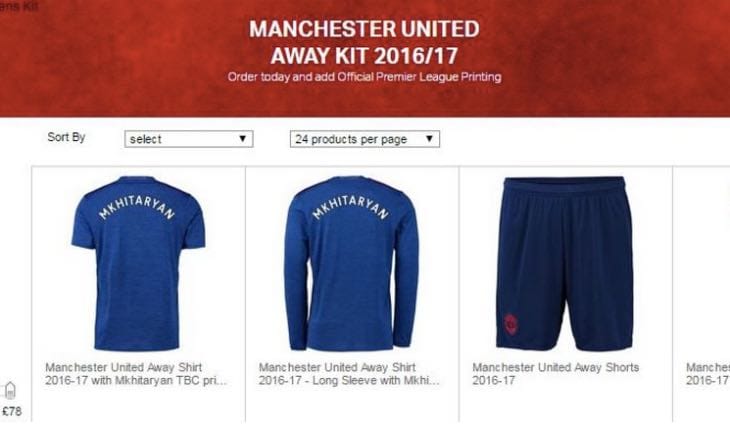 On FIFA 16 FUT, he shipped with an 81 rating, but this was then upgraded to an 83 during the Winter Upgrades. Due to his performances, he then earned himself an amazing 90 rated card by being featured in the Bundesliga TOTS.

We have seen on social media that some fans want to see Mkhitaryan rated at either 85 or 86 for FIFA 17. This could be a little too high though in our opinion given that EA are usually very stingy on handing out higher upgrades.

Perhaps an 84 would be a fair result, so let’s see what happens. Mkhitaryan and Ibrahimovic BPL chemistry links at Man Utd next season, who would have thought it?

Share your ideas below on what rating you think the player should have.