2011 seems to be the year of the tablet. This certainly seemed like the case at CES this year. Now with the build up to CeBIT 2011 we are starting to see even more tablets emerging, with MiTAC are preparing to debut four of their tablets.

The news comes from Android Community who says these four Android tablets from MiTAC will be launched next month. The Zeus, the Ulmo, the Valar 10 and the Valar 7 all run on some level of Android with the two Valar tablets running version 2.3.

The number in their names corresponds to the size of each tablets display, 10” and 7”. They will both feature GPS, HD 1080p support and video, with HDMI output capability. 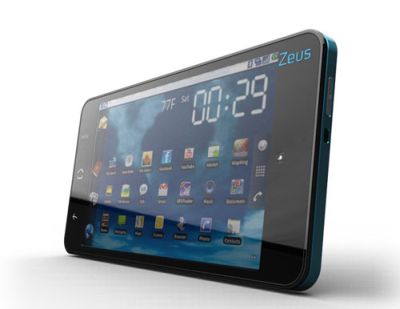 The Ulmo is a rugged phone built for practicality. It is also waterproof and comes with a 7” display. The Zeus is said to be the first dual GPS receiver tablet, comes with a 6” display and is very thin measuring just 11.6mm.

We are hoping to gain more details of all four of these tablets when they are unveiled at CeBIT 2011 which is said to be held in Hanover, Germany next month. We can also expect to see a lot more devices being debuted.

What do you think of these four tablets from MiTAC? Are you looking forward to CeBIT 2011? Let us know your thoughts.