I’ve seen so many car shows where they take a normal car and chop it up to make it look like something else, such as one in the UK where a Ferrari was transformed into a pickup. Then there was the time when Gas Monkey Garage converted a Ferrari F40 into what I can only describe as Frankenstein’s monster.

It is clear that there have been some conversions that went against the spirit of the car, but the one we have here is an interesting one because I kind of like it.

What we have here is a Mini Paceman pickup, which was converted by some BMW interns. We have seen various bodystyles with the Mini since BMW took over, but this is one that interests us a lot. 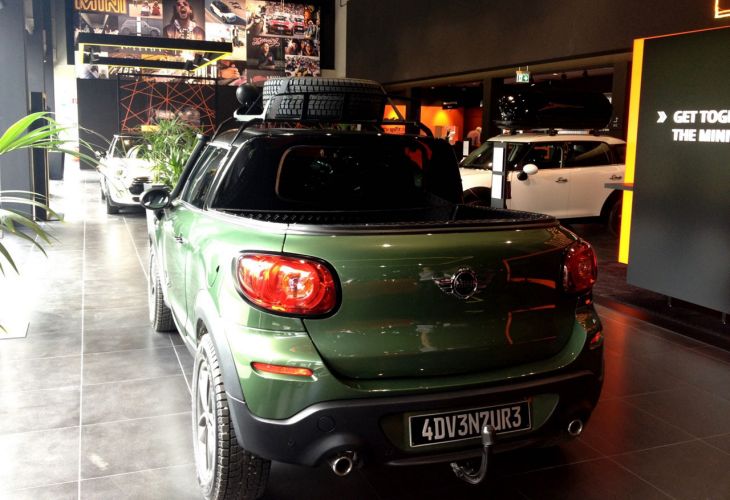 I’m the first to admit that I’ve never been a great fan of the Mini, as I much prefer the Fiat 500, but if BMW were to ever consider releasing a Mini pickup, then I think I might change my mind.

The pickup you see above (more images here) is called the Mini Paceman Adventure, which you can see for yourself if you head to the Mini dealership in Munich. This isn’t your usual chop, as the interns went much further, so not only cutting up the roof and replacing it with a pickup bed, but also reinforcing the body, adding off-road tires and reforming the underbody to make it more convincing and safer as well.

BMW promising that better images will be made available soon, so for now we have to wonder if this is actually the real deal or not. We don’t see why it wouldn’t be real considering we have seen a few Mini pickups in the past, although these were based on the original mini design.

Would you like it if BMW were to release a new Mini Pickup?