After getting the opportunity the see the new MINI Cooper and Cooper S, this year’s Geneva show was the ideal platform to unveil the new MINI One 2014. This more affordable model was recently revealed at the prestigious exhibition and we are intrigued what it has to offer.

Features like the lower-powered three-cylinder engines can be seen on the new MINI One diesel and standard model, while some familiar aspects are still apparent for those enthusiasts that don’t like too much change. The same chrome-rimmed floating grill is there as well as the blacked-out pillars, although the new MINI One has smaller wheels and lower air intake at the front. 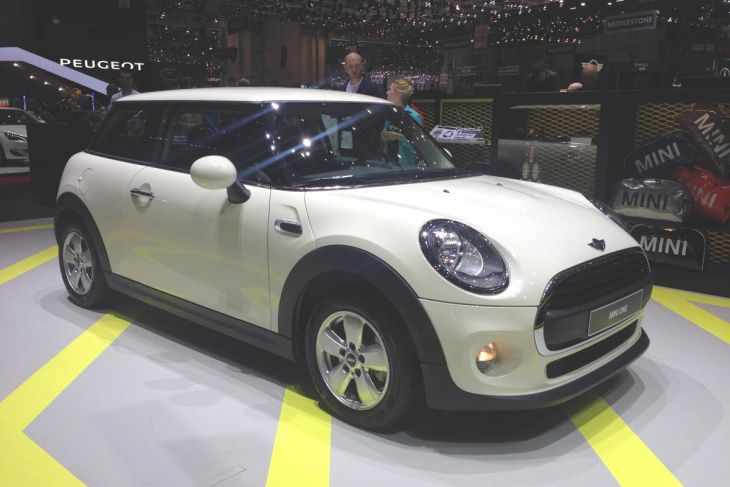 Highlighting this new arrival, Auto Express discuss the specifics of what’s under the hood as they document the 1.2-litre three-cylinder engine that produces 102bhp and 180Nm of torque. The MINI One also comes with all the same technology found in the Cooper including the Twin Power turbo, direct-injection along with variable valve timing and cam timing.

In connection with this, MINI fans may find our previous post interesting as we highlighted the 2014 Mini John Cooper Works presenting some images of this collaboration of John Cooper and BMW. With this in mind, the new MINI One and One D will come on the market this autumn at around £14,000 for the petrol version, while the diesel is estimated at about £15,000.

Do you like the look of the new MINI One? Maybe this is within your price range.