A fun new game has just been released on the App Store, and best of all it is available free of charge. Mini Monster Smash 1.0 is available for owners of the iPhone, iPod Touch, and the iPad.

Released by Riptide Games, the free game see’s users try and smash the monster as far as they can with a flyswatter. As you progress you can bounce off trampolines, float in bubbles, and run into bombs. The cute little monster is just waiting to be launched skywards with your flyswatter.

In addition to smashing the monster as far as you can, users can also share their high score with friends via email, Facebook, and Twitter. Another great feature is that there are 26 Game Center achievements which can be earned, this will give users extended game play. 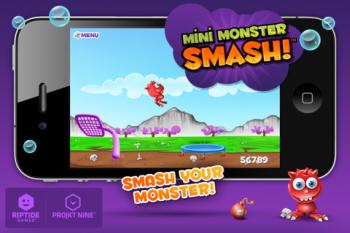 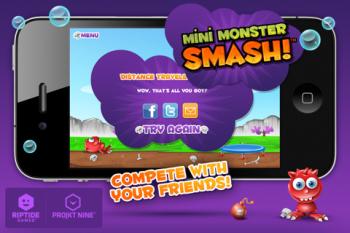