With all the talk about how great Hybrids and electric vehicles are for the environment, we seem to forget about the diesel. This fuel source is unlike it was a few years back, and there are some models that is said to offer better fuel-economy than the Toyota Prius. One such car is the MINI Cooper SD, which achieves 66mpg.

Who would have thought that a hot hatch would be able to offer that kind of return? Jon Morgan from Auto Express has been taking a closer look at the new MINI, which will come in three models, Clubman, Countryman and Convertible. He reports that one such model is a Clubman Hampton, which is a limited edition and comes with a 2.0-liter diesel engine and pumps out 141bhp.

The new version will go from 0-60 in 8.1 seconds, not bad for a car that will only cost £30 a year for road fund license in the UK. Prices will start from £18,000 and will be available some time in the spring. We are not certain if the MINI Cooper SD will be launched in the U.S. 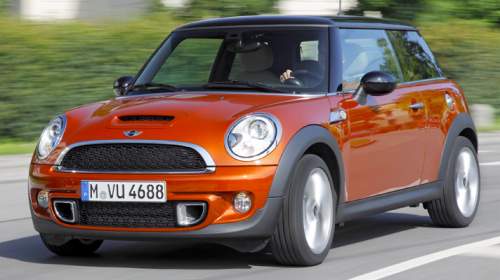 For a more detailed look, then Top Speed has it for you. We can see from their article that the new MINI will achieve 134MPH. What helps the car with those impressive fuel figures is some of the technology used, including Auto Start/Stop function and Brake Energy Regeneration — much like KERS from F1 then.

Things will certainly start to heat up in this segment, as we know that other car makers will want to try and match the new MINI Cooper SD — not sure if they will succeed though? If these fuel figures are correct, then this could become one of the most fuel-efficient cars on the road.