An application has recently been released which is based on traditional Chinese medicine. Ming’s Memory 1.0 allows users to de-stress with an iPad app with the help of The Five Elements.

Released by fraga-games Ltd the application has been designed to help people who live in today’s hectic world to de-stress. Users are brought back to a wonderful world containing Asian landscaping with soothing sounds, and Ying-Yang Marbles.

The application has been designed like a game but with a virtual landscape of Asia. Marbles fall down from the sky and land softly on a bambus rope. When users turn the marbles a Chinese character is revealed. They have to find exact pairs of black and white symbols.

When they are matched the marbles melt away giving way to the ones above to create a nice flow and ever changing scene. When users play the game and focus on matching the symbols it helps to give them deep relaxation. 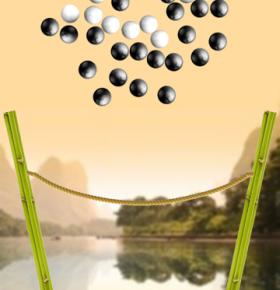