Today will be a day where a lot of Microsoft gamers will go sick and skip school or work, which will be thanks to Minecraft’s Xbox 360 1.8.2 update finally being available to download. We don’t currently have a release time for everyone, feel free to work it out from previous updates considering it will rollout gradually, but you can see the official Minecraft 1.8.2 update trailer for the Xbox 360 Edition in the video on this page, which only went live a few hours ago.

We’ve been tracking the progress of this major update to Minecraft, and knew that the 2-week certification window with Microsoft had come to a close today, which is conveniently the release date for v1.8.2 as well. We noted gamer impatience a few days ago and this revealed that some Xbox 360 gamers had been waiting many weeks for this download, so frustration is understandable.

Gamers were treated with a nice collection of pictures yesterday, which showcased the Minecraft characters in the upcoming Skin Pack 3 that’s due to launch this Friday. This might have entertained you a little until the release of Minecraft’s 1.8.2 update on Xbox 360, but obviously most of you wanted the new modes more than anything else. 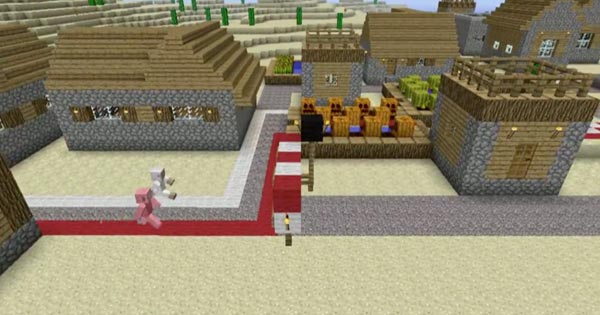 Did you make it into work or school today, knowing that the Minecraft Xbox update is due? We’ve seen some really funny comments from PR readers, and on other blogs, which shows that a number of people are strangely starting to feel unwell – does this sound like you? Take a look at the official trailer below, and share with your fellow gamers how you’re preparing for the 1.8.2 update.

When will the release time be for Minecraft’s Xbox 360 1.8.2 update? We have heard that the download should go live around 2am Pacific Time, which is in around 3 hours time (while we’re writing this), although please note that it will take a number of hours after this for the download to rollout across the US, UK, and other regions. Hit the comments if the Minecraft update is live on your Xbox 360, and let us know where you are in the world.