We finally have an update to bring you on the status of the new Minecraft Xbox One and Xbox 360 update that many of you are still waiting to see.

Hours ago, the new Minecraft update for PS4 and PS3 went live but unfortunately Xbox owners were kept waiting and there was no comment from the developers.

Now though, 4J Studios has just said on Twitter that they hope to have both updates out before the end of the week – basically giving users a 48 hour window on when to expect the download to go live. 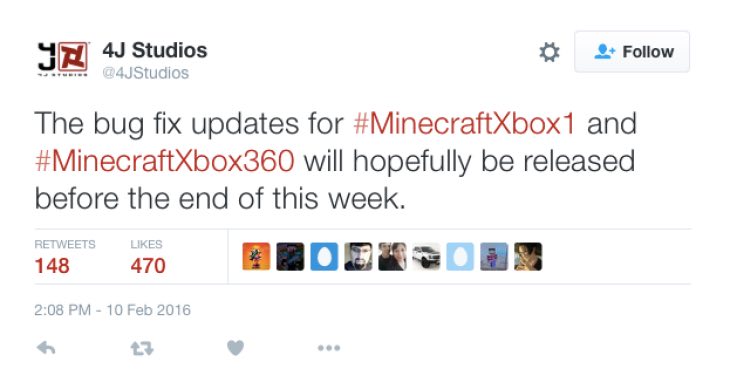 At least this way you have a heads-up on when it should be available as we know many of you were unhappy that PlayStation users were getting their new Minecraft update first with no news for Xbox.

Are you patiently waiting for this to happen?