Earlier today we notified our readers that Minecraft’s 1.8.2 update would go live for the Xbox 360 today, and the expected release time had passed with little news from gamers. That all changed a little while ago with both PR readers confirming the Minecraft Xbox 360 update is live, and also the official 4J Studios Twitter account.

You can see the tweet from 4J in the image below, which explained that Minecraft’s 1.8.2 update would roll out on the Xbox 360 within 50 minutes, although this tweet had been 3 hours ago, so you should be seeing the download already unless it hasn’t reached your part of the world.

Interestingly we noticed a number of people in the United States stayed up all night for the 1.8.2 update, and within the last 30 minutes have been tweeting at the 4J twitter and explaining that the Xbox 360 update is still not live. See the tweet below confirming the rollout started, although we’d love to know if you have the download and if so what part of the world you’re in?

Within the last 10 minutes we’ve seen a number of comments in our earlier article confirming the Minecraft Xbox 360 1.8.2 update is live, and the areas reported to us include London and Broadstairs in the UK, and also Illinois, Pennsylvania, Tennessee, and many other areas in the US. You can see this confirmation via the above link.

Problems with the new Minecraft Xbox 360 update – it is worth noting that we’ve also seen a number of gamers claiming to have issues after installing the 1.8.2 update, which include freezing after starting a save up. This had happened to one player more than three times in a few minutes. Have you had any problems after installing Minecraft’s 1.8.2 update, if so please share the details in the comments?

You can see the full 1.8.2 patch notes for this update in the image below, so take a look and let us know if there’s anything missing that you wanted fixed or included. One feature confirmed not to be in Minecraft’s 1.8.2 update are Villagers, although 4J did confirm they could “come in a later update“. 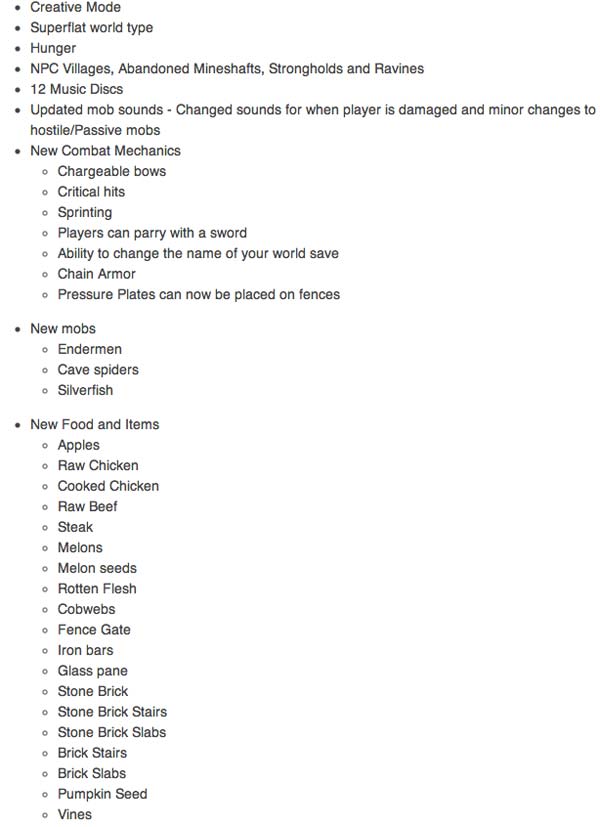 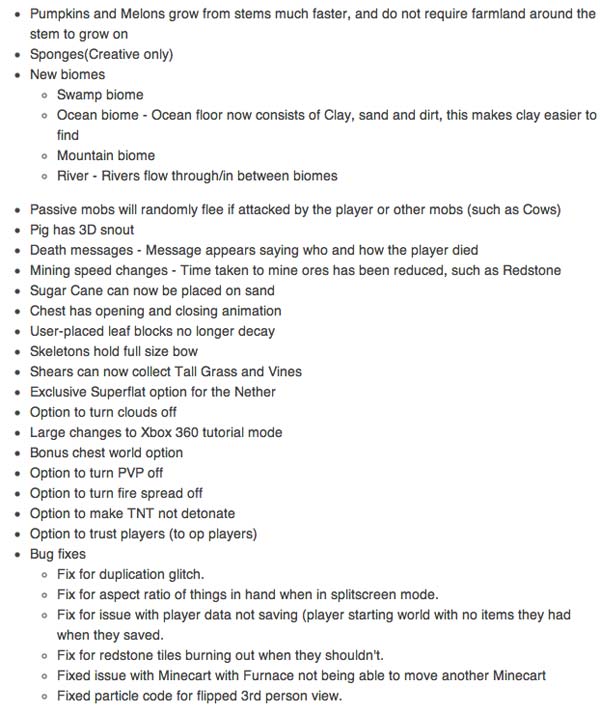