We have some Minecraft Wii u news to bring you now, as we know many of you have constantly been asking when TU31 for Minecraft is coming out on Wii U.

Some of you may have missed a recent update from 4J Studios, the developers of the game who have given some fresh details on when the next Minecraft update for Wii U is due out.

It isn’t going to be TU31 next up though. In a recent Tweet, 4J Studios has said that there next priority will be to release Minecraft update 1.8.8 on Wii U and then TU31 should be coming after that. 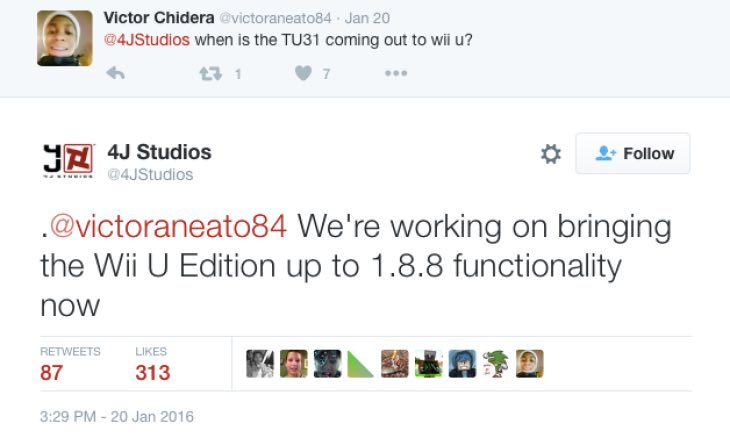 Minecraft 1.8.8 on Wii U could be coming very soon as the update appears to have been finished by 4J Studios – we can give you an early look at the Minecraft Wii U 1.8.8 update or Patch 2 notes below which have already been posted.

The update is in the hands on Nintendo so read through the latest changes and let us know what you think of the next patch coming. What Minecraft Wii U features are you still waiting for?