We have already had a confirmation that the Wii U would be getting a version of this game, but Telltale has not said when it is out yet.

PS4 and Xbox One owners already have the game of course and have just received Episode 3 of the game which has received great reviews. 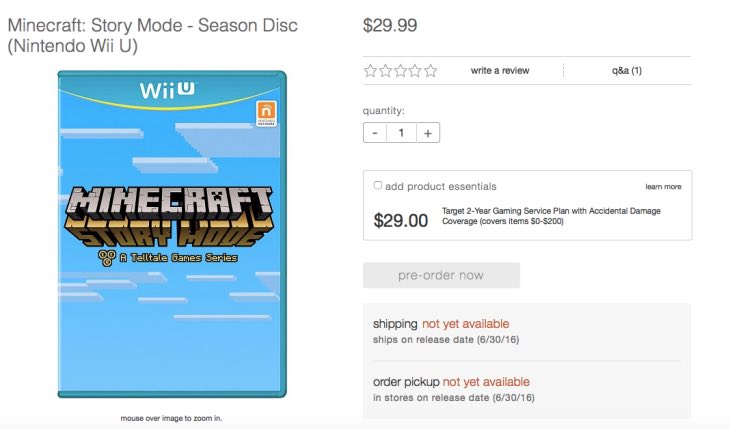 Now take a look at the listing above, from US retailer Target which has placed a June 30, 2016 release date on the game. We are hoping that this is just a standard placeholder date as Wii U owners won’t want to wait until next Summer for the game to arrive – that is just further torture.

There’s also a $30 price attached to the game but you cannot pre-order on Wii U sadly as the button is not activated yet.

Are you frustrated over the growing silence with regards to the Wii U Story Mode release? Let u know if you are holding out for this game and if are willing to wait until Summer 2016 for it.