It is now Friday in many parts of the world and we know that many of you are now expecting the update to go live at any moment. As far as we’re aware, no new Minecraft update on console has been deployed over the weekend, so if 4J Studios were correct in the ‘end of week’ schedule – then Friday has to be the day to see it. 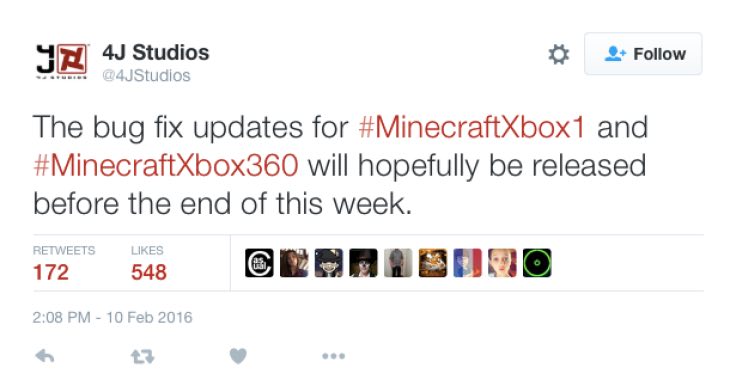 Then again, 4J Studios did say the word ‘hopefully’, so there may be an element of doubt that the new Minecraft update for Xbox 360 and Xbox One will miss Friday’s ‘deadline’.

Will you be upset if the update isn’t out today? It doesn’t make it easier upon knowing the fact that PS3, Wii U and PS4 owners are already enjoying their latest Minecraft updates.

Let us know if you are frustrated with the wait, since it always seems to happen each time with these updates being locked in ‘certification’.