We reported earlier today that the long awaited Minecraft 1.23 update for PS4 and PS3 had finally gone live after been in certification for weeks.

However, we can see that the Xbox update is nowhere to be seen as of Wednesday February 10, 2016. As you can imagine, Xbox One and Xbox 360 owners are not happy about it either as it’s obviously frustrating having been waiting weeks only for the update to be out on one platform and not another. 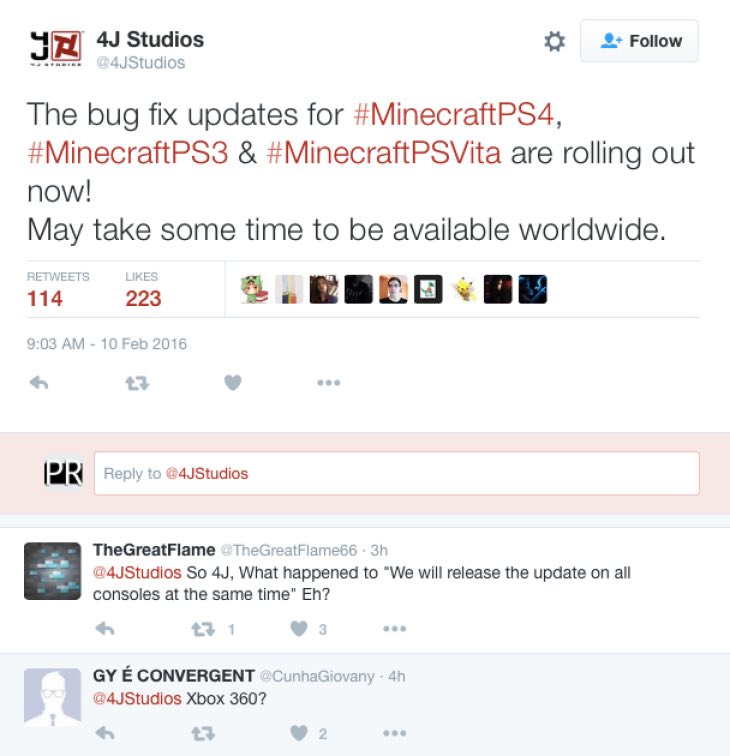 Is it Microsoft’s fault though or 4J? 4J Studios said the update was finished weeks ago and was in the hands of Microsoft for certification so should the blame be placed with Microsoft on this occasion?

Either way, Minecraft owners on Xbox are feeling pretty annoyed right now. If you need a heads-up on the Minecraft TU32 and CU20 patch changes, find them here for Xbox One and Xbox 360.

Give us your thoughts on this below in our comment section after seeing PlayStation owners get the update before you – who do you blame for this?