Although 4J Studios has not given any information on availability, the official Microsoft Studios Blog Twitter account has revealed the juicy information for everyone.

You can see the reply below which confirms that the update will be going live sometime on Friday. 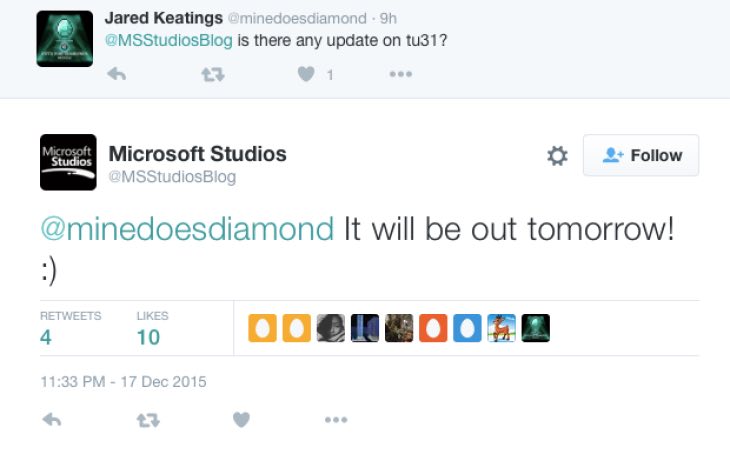 Obviously many of you are wanting to know what time TU31 is out for Xbox 360 and CU19 for Xbox One, but there is no official time specified other than the fact that it is coming today.

Still, this is good enough as it means that everyone gets to enjoy this massive update all over the weekend.

If you need a reminder of what is new in Minecraft Title Update 31 and Content Update 19 you can view the patch notes changelog here.

Do you see the download live in your area yet? Let us know when you are installing!