We have some important news for Minecraft players on PS4 now. It looks like another new update is on the horizon now, specifically the Minecraft TU20 for PS4 and PS3.

Developers 4J Studios have just confirmed that they have already finalised the update, which will actually land on both systems as the Minecraft 1.13 update on PS4 and PS3.

We can tell you that while the last update added a vast amount of new features to console versions, the next TU20 for Minecraft is going to be all about bug fixes. 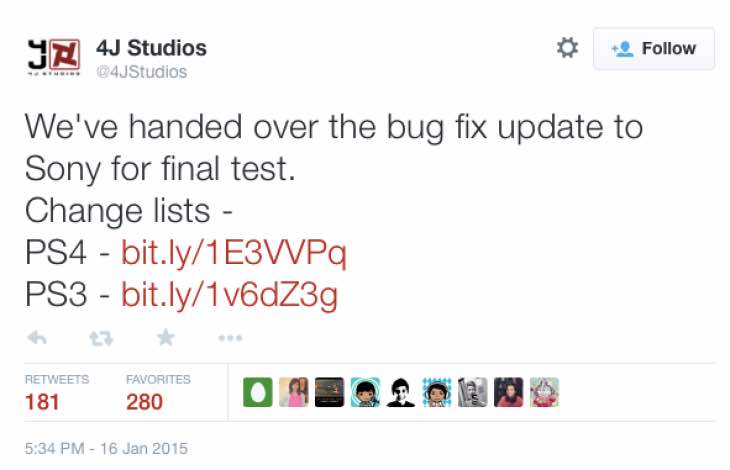 4J Studios has already compiled a list of Minecraft 1.13 patch notes on PS4 and PS3, giving users a heads-up of what will be fixed in the game once the update goes live.

That is the million dollar question, as you should know now that it’s not exactly a straight forward process. Sony now has to certify the update and also you should consider that there are different teams for Europe and US – which is why the last update for US arrived a few weeks late compared to Europe.

Hopefully we won’t see another staggered release though and we will all have the update at the same time. Make sure you check out the patch notes in the two links above and let us know your thoughts on the incoming fixes.

Is there anything that 4J Studios has missed?