Minecraft fans have been waiting a long time for the Minecraft Story Mode Episode 5 release date, which finally happened hours ago.

Unfortunately though it looks like the launch did not go to plan for many players. Specifically, we see that there was a huge number of users who were complaining that Minecraft Story Mode Episode 5 won’t install, with Xbox 360 appearing to be hit the most.

We know that other platforms may be affected too with Minecraft Story Mode Episode 5 not installing, but the core of the issues happened around 9 hours ago. 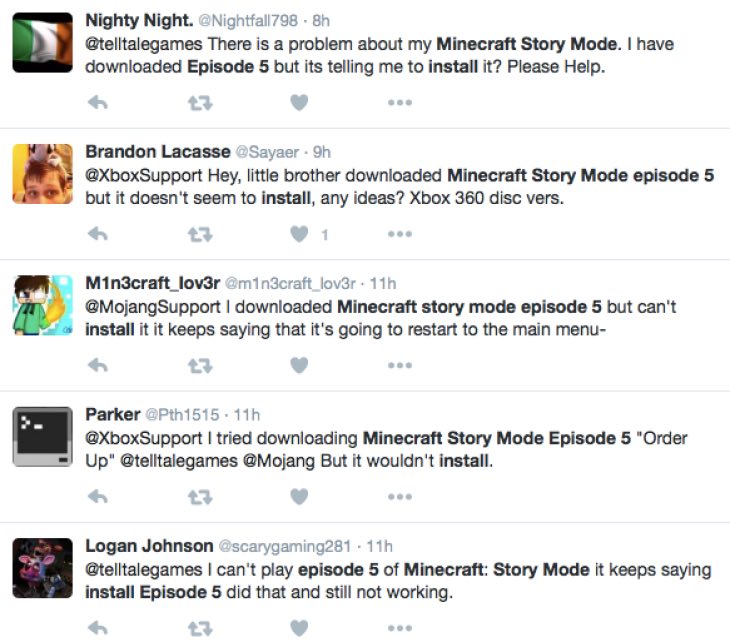 With this in mind, we just wanted to make sure that everybody can now play the new Episode without any issues.

Is the Minecraft Story Episode 5 downloading for you right now, or are you still having issues with the new content?

Leave us a message below so we can see who is affected and on what platforms.