You may have heard the news recently about Minecraft players getting a very exciting treat soon with regards to The Simpsons. Microsoft recently announced that a Minecraft Simpsons Skin pack is on the way to Xbox versions of the game.

Considering that Microsoft now own Mojang, you can guess that this is going to mean that those playing PlayStation 4 and PS3 versions of Minecraft will have to wait.

The Simpsons Skin pack for Minecraft is going to be out in late February for just $1.99 on Xbox One and Xbox 360. This has been confirmed by Microsoft, but at the same time there is no information on when it will be coming to PlayStation. 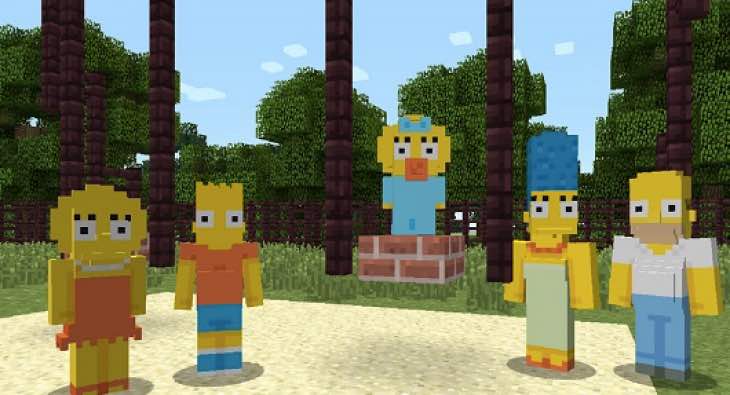 In a gaming world that is now driven by console DLC, we have a feeling that PS4 and PS3 owners may be in for a considerable wait. After all, just take a look at the PlayStation Destiny exclusive content, which won’t arrive on Xbox until a year later.

Microsoft may see this as one way to ‘get their own back’ so to speak and considering that there is no information on when other platforms will get the Simpsons Pack – we may not even see it this year, who knows.

The pack itself will feature all of your favorite Simpsons characters, redesigned to fit the wacky world of Minecraft. Take a look at some of the official screenshots that have been released and let us know your thoughts on the Xbox deal, if you are playing on PS4, PS3 and PS Vita.

Are you feeling a little jealous that this content won’t be available to you for the foreseeable future?