We have some important news for Minecraft players now, as we can see that the Minecraft servers are down at the moment with what looks to be an ongoing Minecraft sign-in authentication problem.

We’ve had a look at the official Minecraft server status checker and there is confirmation that the service isn’t up and running at normal capacity yet – but the team at Mojang are working on it. 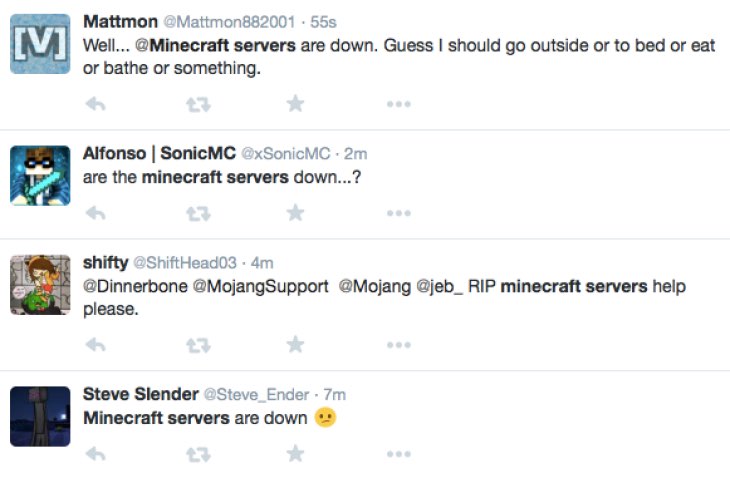 Above is some feedback from players who also noticed problems with the Minecraft servers down on Oct 19, while you can check the server status page for the latest reports from Mojang.

The page is constantly changing which means that it is being fixed, although we have noticed that service keeps alternating between red, green and orange so it is worth keeping an eye on.

Have you had any issues with the Minecraft servers today? Let us know if you can get into servers without any problems below.

Update: Mojang’s team has now posted this on Twitter minutes ago confirming the problems:

The service « https://t.co/LrfpScSLr4 » is down! We are doing our very best to resolve the issue as soon as possible.