After you have installed this update, you’ll be pleased to see that there is now a new Doctor Who Skin Pack Bundle trial content. This is available for both PS4 and PS3 users so there is nobody left out.

In addition to that, 4J Studios has also issued two important bug fixes with the Minecraft TU29 and they are as you can see below in the official notes. 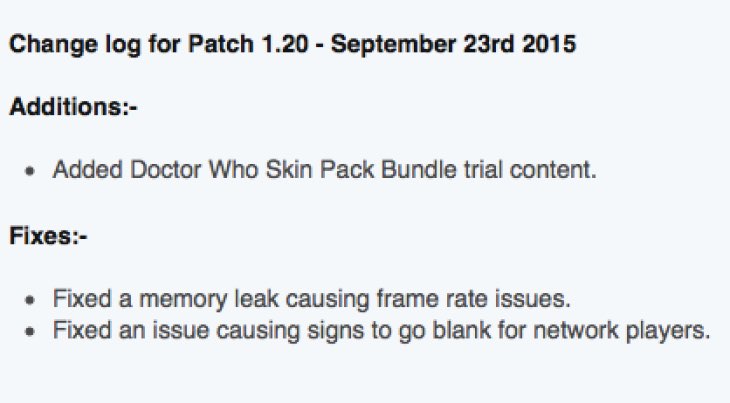 We can confirm that the Minecraft 1.20 patch notes on PS3 are exactly the same as above, except for the following additional change which is for PS3 users only – “Updated trophies to include all those already on other platforms.”

Let us know if you have spotted anything on the new Minecraft patch for PS4 and PS3 that you think we should know about.

Hopefully your gameplay experience will be nice and smooth on 1.20 and we can now look forward to the next Minecraft update for PS4 adding even more features for you to enjoy.

Thoughts on the Dr Who Skin Pack everyone?