Hours ago, we told you that a new Minecraft PS4 update would be arriving on the console, bringing the Mass Effect DLC pack to the game along with other goodies.

Now, we can bring you more details on the new content, with the full Minecraft PS4 1.15 update notes as this is the latest version for 4J Studio’s game.

The update should be live the next time you log in to the game and you’ll receive an instant notification to download the Minecraft PS4 1.15 patch. 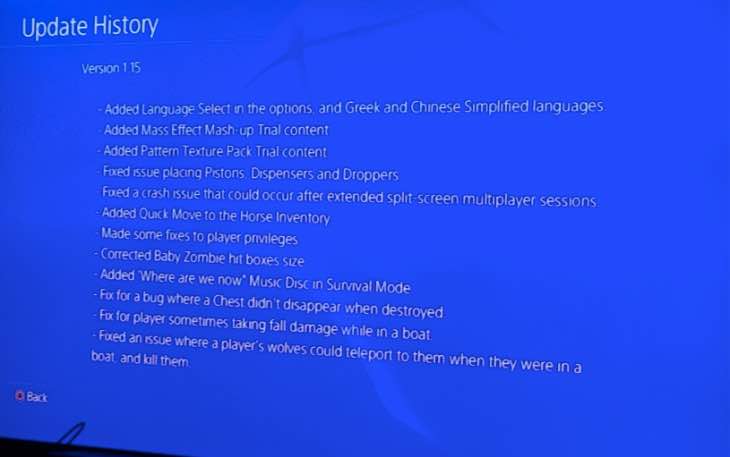 As highlighted above are the key changes in 1.15 compared to the previous version. We already spoke about the two main pack additions, but there’s also a fair amount of Minecraft PS4 bug fixes in the latest update too.

These include fixes to split-screen crash issues, chests not disappearing after being destroyed, baby zombie hit box corrections and much more.

Take a look at the list of changes above, then let us know how your experience is on Minecraft PS4 after installing the 1.15 update.

What would you like to see next from 4J Studios moving forward?